Alcohol at the Alamo a Controversial Issue 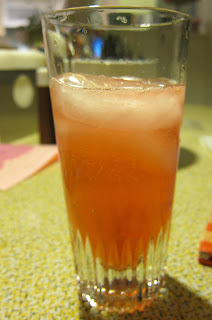 Alcohol at the Alamo has been banned for years by the Daughters of the Republic of Texas, the caretakers of the Alamo.  But many veterans are saying that toasting with apple cider, as the DRT suggests they do, is insulting to men who have served our country and want to raise a glass to their fallen comrades, My San Antonio.com reports.

The controversy is centered around after-hours events that are hosted at the Alamo in the Alamo Hall, built in 1922 at the back of the complex and well outside the ground where men on both sides died in the battle for Texas’ Independence.  The Land Office is in charge of re-writing rules on serving beer, wine and liquor starting in August.

Land Commissioner and retired Marine Jerry Patterson is of the opinion that moderate drinking will not tarnish the Alamo.  But the Daughters of the Republic of Texas, who are in charge of the site for the Land Office, is against alcohol being served by caterers.  They believe that toasts anywhere on the grounds is disrespectful to the “solemn decorum” of the site.

Both active duty and retired military have different opinions on the issue.  Some think that it is important to respect the DRT’s view because they have been “longtime caretakers of Texas history” and that the ban keeps the Alamo a reverent place.  Others think that many veterans who toast their friends with real alcohol have the right do so and that there is nothing wrong with serving alcohol in a controlled setting.

Looking for a San Antonio apartment where you can toast with whatever you’d like?  Call Apartments Now San Antonio today!