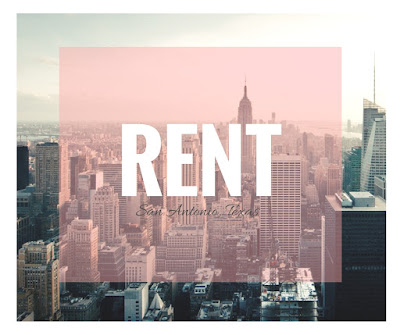 When it comes to real estate location is key and there is no denying that apartment rent rates are on the rise, especially in some more popular areas of the city. If you have been flirting with the idea of renting an apartment in San Antonio, we will share with you the 4-1-1 on apartment rent rates so that you can get the most out of your rent dollars.
Since 2014, the Alamo City has experienced a steady annual increase in population and job growth coining San Antonio a city of the future. Since then the Alamo City has experienced more than a 5% increase in apartment rent prices, but like all real estate it boils down to location, location, location.
How much you are going to spend on rent depends on which San Antonio area neighborhood you select. In the fourth quarter of 2015, San Antonio rent averaged approximately $900 a month. Many areas of town are still influenced by the average rent rate like Far West and North Central 2; while areas to the West, Northwest, East, and Southwest have maintained apartment rent rates slightly below the city average.
As more and more people turn to renting the market in San Antonio is responding. Some of the higher rent rates can be found in the Central, Far North Central, North East and Far Northwest areas. Rent in these submarkets have begun to cross over into the three figure numbers, charging renters $1,000 or more on rent. Even though some San Antonians are spending more than one third of their income on housing (which is highly discouraged), they chose to do so to live in their desired area of town.
Despite the rising rent, the Alamo City is still considered an affordable market and it provides no shortage of places to rent when it comes to choosing where to live. Our apartment finders are familiar with the city’s apartment rental inventory, and can help guide you through the entire apartment search process. Give us a call and let us help you find your next home!