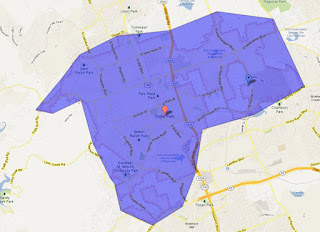 This month, we’ll be exploring Cedar Park, a suburb of Austin, Texas.  Located 20 miles Northwest of downtown Austin, Cedar Park is popular with those looking for well-rated schools and affordable housing, while still being close enough to commute into Austin.
Cedar Park was ranked by Forbes magazine as one of the fastest growing suburbs in the country and has grown by more than 400% in the last ten years.  It is the third largest city in the Austin area with a population of over 54,000 residents.  Family Circle magazine ranked Cedar Park “One of the Best Places to Raise a Family”.
Native Americans settled in the area now known as Cedar Park approximately 10,000 years ago, and lived there up until 1800.  Settlers began moving to the area in the 1840’s and started small communities which they named Buttercup, Doddsville, and Running Brushy.  George and Hattie Cluck and their family moved to the area in 1873, helping the area grow into Running Brushy, which was renamed Brueggerhoff and then Cedar Park in 1887.
Looking for an apartment in Cedar Park?  Apartments Now can help!  Give us a call today at 512-258-8224 for our knowledge  of the amenities, vacancies and move-in specials at all the best Cedar Park Addresses!