Central Texas Salamanders Step Closer to Being Listed as Endangered 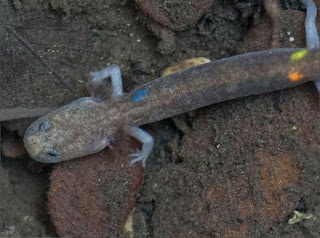 Central Texas Salamanders are one step closer to being added to the endangered species list, Statesman.comreports.  Officials with the U.S. Fish and Wildlife Service finalized their proposal to add four species to the list as Williamson County officials and landowners fight against the listing which would affect development on 5,983 acres in Travis, Williamson and Bell counties.
The species are the Austin Blind, Salado, Georgetown and Jollyville Plateau salamanders and environmentalists believe they need protection because of the rapid development in the area and the degredation in water quality that has caused.  Save Our Springs Alliance from Austin and the Center for Biological Diversity, a national nonprofit, have called for a faster, emergency listing.  They say that protecting the water quality for the salamanders ensures it is usable by people and a whole host of other species for years to come.
Williamson County officials and landowners are fighting the listing because they believe it will impede development.  U.S. Rep. John Carter, Republican from Round Rock and U.S. Senator John Cornyn, Texas Republican, introduced federal legislation that would “block funds that would support the listing.”   The nonprofit Williamson County Conservation Foundation and the Texas Salamander Coalition have spent hundreds of thousands of dollars doing salamander research in an attempt to show that the salamanders are doing well and not threatened by development.
Their research will be presented to the U.S. Fish and Wildlife service during the 60-day comment period.  The Service is also holding two public hearings in September and will conduct a study on what economic effects protecting the habitat would have.  If salamanders are added to the list, a recovery plan would be implemented with the ultimate goal of getting the species off the list.  The endangered species designation would make it illegal to do anything that affects the habitat of the salamander adversely.
Looking for your own comfortable habitat?  Apartments Now can help you find that perfect apartment to be your little slice of heaven, even if you aren’t endangered.