Concern About Development Near Randolph Air Force Base 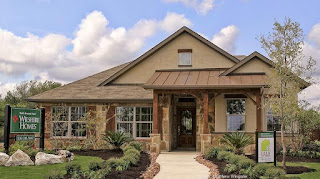 As North San Antonio grows, there is increasing concern about how close residential development is getting to Randolph Air Force Base, the San Antonio Business Journal reports.
North San Antonio is a popular area because of its highly rated school districts, proximity to shopping, shorter commute into San Antonio, and more affordable pricing.  However, Randolph Air Force Base has been there for a long time and some San Antonio City Council members are getting concerned about the base’s security as people move closer.
The Air Force has very sophisticated aircraft and needs to be able to keep acceptable crash and pilot bailout zones around the base.  Air Force officials have discussed buying real estate around the military installation to keep development from getting too close.
Wilshire Homes, which has several neighborhoods in the area, has seen its latest development, Rhine Valley, sell briskly.  It is just 4 miles from the base in Schertz on 140 acres and has nine floor plans ranging from 1,611 square feet to 3,090 square feet and starting at $250,000.
Looking for an #apartment that will leave you with a short commute to work in #SanAntonio?  Give San Antonio Apartments Now a call today at 210-255-3074.