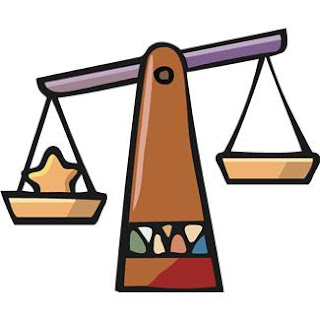 When renting it is illegal to be discriminated against. The Austin Tenants Council published an article in their Spring 2010 addressing the issue and providing support to those who have been discriminated.

“Discrimination based on how you look, the religion you practice, or because you have children or are disabled is illegal and unacceptable,” said John Trasviña, assistant secretary for Fair Housing and Equal Opportunity at the U.S. Department of Housing and Urban Development. “In the aftermath of Dr. Martin Luther King Jr.’s assassination in April 1968, President Johnson moved for passage of the Fair Housing Act to bring the nation forward and together. Since then, we have made progress but there remains work to be done. It is time to act.”
Trasviña gave the keynote address at “New Beginnings,” a conference presented by the City of Austin Equal Employment/Fair Housing Office to recognize Fair Housing Month, celebrated each April. Eighty-five attorneys, housing investigators, civil rights advocates, public and private housing landlords, and officials from the City of Austin’s Neighborhood Housing and Community Development attended the seminar. Settlements from fair housing conciliation agreements allowed ATC to send nine lawyers who participate in its Cooperating Attorney Referral Program to the training. Nekesha Phoenix, ATC Fair Housing Program Director, and Mary Daniels Dulan, executive director of the Metropolitan Fair Housing Council of Oklahoma City, presented a fair housing case update.
Trasviña recognized Austin as a national leader in protecting the rights of people who are lesbian, gay, bisexual, or transgendered (LGBT). Federal law does not prohibit discrimination in housing based on sexual orientation or gender identity; however, the City of Austin’s Fair Housing Ordinance has made it illegal to discriminate based on sexual orientation for more than a decade and gender identity since 2004.
Federal policies need to adjust to the 21st century notion of family, Trasviña stated. HUD is preparing to conduct a first-ever national assessment of housing discrimination against members of the LGBT community and is seeking suggestions from the public on how best to execute the study (to leave feedback, visit http://portal.hud.gov/portal/page/portal/HUD/LGBT_Discrimination_Study/comments). In addition, three bills are pending in Congress that seek to expand the federal Fair Housing Act to prohibit discrimination on the basis of sexual orientation and gender identity. “No one should have to hide their identity,” Trasviña said, to secure a place to live.
Assistant Secretary John Trasviña visited Austin during Fair Housing Month and met with ATC’s Morgan Morrison; Katherine Stark; and Nekesha Phoenix.
For the past two decades, the City of Austin has awarded Community Development Block Grant funding to the Austin Tenants’ Council to administer its tenant-landlord programs and services. The CDBG program was enacted in 1974 to provide grants to eligible communities across the country to provide decent, safe, and sanitary housing, a suitable living environment, and economic opportunities to low- and moderate-income individuals.
On April 9, the City and ATC recognized National CDBG Week and Fair Housing Month. “Our partnership with the Austin Tenants’ Council is crucial, particularly in our community where the majority of residents are renters,” said Margaret Shaw, director of Neighborhood Housing and Community Development. Elizabeth Granados, whose landlord refused to fix the hot water and a shattered sliding glass door, encouraged other tenants to contact ATC at 474-1961 for assistance.”