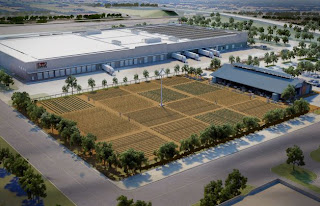 The food bank is set to expand, My San Antonio.com reports.  The project was announced yesterday and will expand the food bank to 200,000 square feet and cost $15 million.  It is an especially important project in a city where 25% of children live in poverty.

The project got its first big boost of $4 million in funding from New Markets Tax Credits, which was established by Congress in 2000 to jump start economic growth and fight poverty.  The funding comes from investors who are rewarded with tax credits for helping to incite growth “in designated low-income areas.”  The facility hopes to raise the other $11 million by fundraising.

The increased space means that many more people will be able to receive help getting fed in San Antonio and the areas around it.  In 2007, the San Antonio Food Bank and the agencies it works with served 25,000 clients a week.  They now serve 58,000 a week.  It is the 14th largest food bank in the country and not only offers food to those in need in San Antonio, it receives donations of food and other items and distributes it to other agencies in Southwest Texas.

The project will not only double the size of the facility, but will also double the size of the parking lot and move the five-acre urban farm to land where it can increase its size.  Nearly three quarters of those in need of food assistance are children and over 27 percent of Texan kids were at risk of going hungry in 2010.  In Bexar County, 26.8 percent of children or 118,000, reside in families with food insecurity.  The food bank plans to provide food to about 10,000 children a day over the summer.

Looking for a new apartment that fits your family’s budget and other needs?  Apartments Now San Antonio can help.