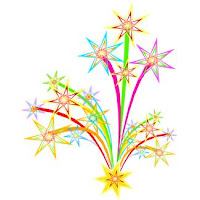 To honor our countries Independence Day, today’s blog will not be about apartments. Instead, check out these fun facts about your country from the US Census Bureau.

On this day in 1776, the Declaration of Independence was approved by the Continental Congress, setting the 13 colonies on the road to freedom as a sovereign nation. As always, this most American of holidays will be marked by parades, fireworks and backyard barbecues across the country.

In July 1776, the estimated number of people living in the newly independent nation.
Source: Historical Statistics of the United States: Colonial Times to 1970
<http://www.census.gov/prod/www/abs/statab.html>

In 2010, the dollar value of U.S. imports of American flags. The vast majority of this amount ($2.8 million) was for U.S. flags made in China.
Source: Foreign Trade Statistics <http://www.census.gov/foreign-trade/www/>
<http://www.usatradeonline.gov>

Thirty-one places have “liberty” in their names. The most populous one as of April 1, 2010, is Liberty, Mo. (29,149) Iowa, with four, has more of these places than any other state: Libertyville, New Liberty, North Liberty and West Liberty.

Thirty-five places have “eagle” in their names. The most populous one is Eagle Pass, Texas (26,248).

Eleven places have “independence” in their names. The most populous one is Independence, Mo. (116,830).

Five places have “America” in their names. The most populous is American Fork, Utah (26,263).