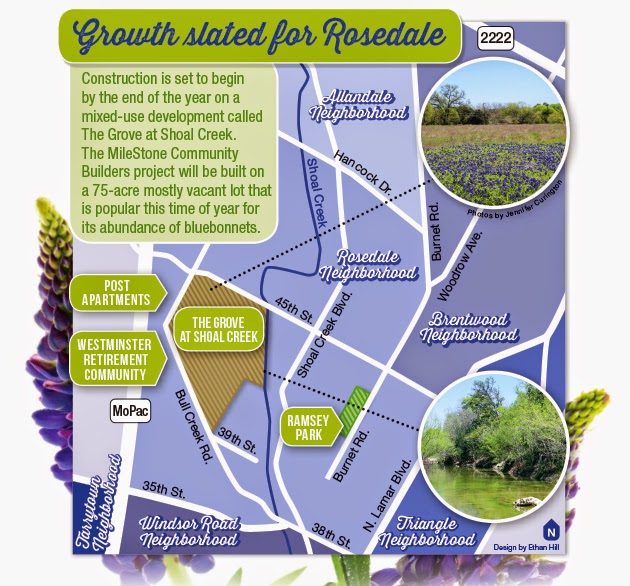 Construction could begin by the end of 2015 on a new development in Central Austin called “The Grove at Shoal Creek”, Community Impact reports.
The 75 acres of land, located at the corner of 45th street and Shoal Creek Boulevard, is one of the largest undeveloped spaces in Central Austin and was previously owned by the Texas Department of Transportation.
MileStone Community Builders plans to construct retail, offices, restaurants, apartments, townhomes, single-family homes and a 12-acre park with a 1-acre pond on the land.
The developer has been receiving a lot of praise for their willingness to work with the surrounding neighborhood of Rosedale on plans for the project and has asked neighborhood residents for their opinions on where they want to see development.  MileStone also plans to pay for road and intersection improvements around the project to ensure traffic has a minimal impact on the surrounding neighborhoods.
The project will proceed in phases, with single-family homes likely to be included in the first phase.
Interested in finding an #apartment in the Rosedale area?  Austin Apartments Now can help!  Give us a call today at 512-258-8224.