San Antonio hoteliers saw an increase in revenue and were able to increase the price for a hotel room because of a strong summer season, My San Antonio.com reports.  This was the best summer since the economic downturn and the opening of a bunch of new hotels combined to make the San Antonio hotel industry cut their room rates in 2009. 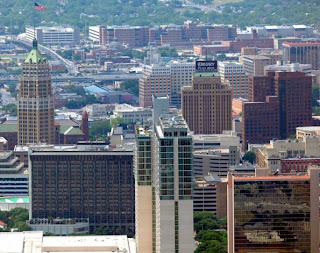 Demand for rooms in the summer of 2012 increased by an average of 6 percent over last year, according to statistics from the Convention and Visitors Bureau.  Simultaneously, occupancy rates increased to 75 percent downtown. the highest since 2006, and 73 percent across San Antonio, the highest since 2008.
Hotel and motel revenues were over $271.3 million for the summer tourist season, an increase of 12 percent over last summer.  An increase in government group meetings, a new water park at Sea World San Antonio, and improvements along the river have all attracted tourists who are now adding extra days to their visits.
Downtown hotels are at the highest levels of revenue per available room since 2008.  This metric, called REVPAR, examines both room rates and occupancy to show how good a property is at getting its rooms filled and what it can charge for them.  The higher the REVPAR, the better the city’s hotels are doing.  REVPAR was down 21 percent in 2009, but is projected to grow 6 percent this year and 9 percent in 2013.
Looking for a great San Antonio apartment with the luxury feel of a hotel?  San Antonio Apartments Now can help!