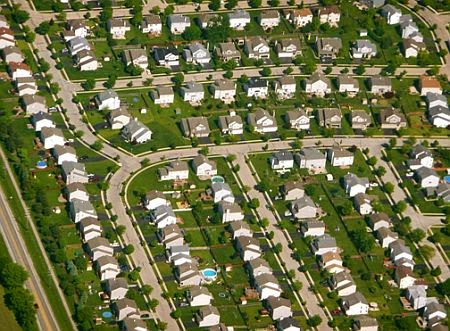 For decades, the population growth has been in the suburbs.  However, city centers are starting to draw more people, Realty Times reports.
2011 was the first time in almost 100 years that population growth was larger in urban areas than in the suburbs.  City-dwellers are attracted by the job opportunities available there, and largely fall into two camps:  young professionals and Baby Boomers.
Despite the draw of the denser city life, many people who move back to the city are bringing the way of life they had in the suburbs with them.  Weathier city residents still live in single-family houses and own a car, no matter how urbanized their new neighborhood.
While many people were driven to the suburbs for the larger houses, highly rated public schools, and more value for their money, the trade off is a long commute.  Unfortunately some people can’t afford to live in areas like Los Angeles and are forced to make a three to four hour commute daily to live in a nearby suburb.
Are you looking for a new #apartment to be closer to work?  Give Austin Apartments Now a call today at 512-258-8224.