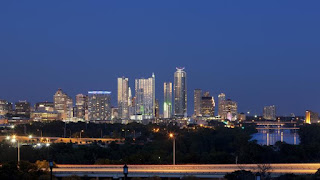 The Austin Business Journal reports that Travis County’s employment growth last year was among the highest in the nation.  This is according to a report from Headlight Data that used numbers from the Department of Labor’s Bureau of Labor Statistics.
In 2014, Travis County had 4.2 percent growth, which was number three for counties in the United States with more than 1 million people.  26,585 new jobs were added last year for a total of 654,809 in the county.  Unemployment is also at the lowest level it’s been since 2001.
Other Central Texas counties did even better, though.  Williamson County’s employment rate grew at 4.3 percent and added 5,955 new jobs for  total  of 145,121.  Hays added 2,555 new jobs, an increase of 4.6 percent.  Bastrop County, on the other hand, was one of the slowest job-growth counties in the Austin area, adding just 435 new jobs, which is an increase of 2.9 percent.
Did you recently snag a job in Travis County, but are overwhelmed by the rental market?  Don’t be!  Give Austin Apartments Now a call today at 512-258-8224 for help finding the perfect the #Austin #apartment.