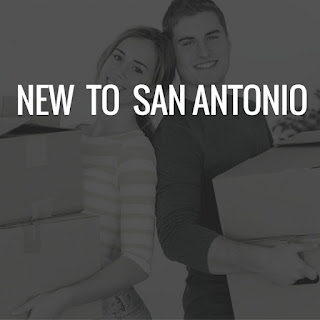 With a population of over 1 million residents and growing, San Antonio is a big city with a small town feel. Moving to any city can be nerve wrecking and frightening all at the same time, on top of having to find and commit to a place to live. Luckily, in today’s world we have access to sites such as Yelp, Google, and Facebook. Settling into a city such as San Antonio is easy with all the big-city amenities and relaxed atmosphere that it has to offer.
Beautiful Scenery
San Antonio is filled with some of the best city parks and even better is that they are available year-round. Parks are a great place to mingle and meet people, if you are new to the city, while also getting your fit on. On a beautiful day you will catch plenty of San Antonians going for a run, bike ride, or just out on a stroll with their children and dogs.
Viva Festivals
San Antonio has over 50 major events and festivals and there is something to do everyday of the week. One thing is for sure, San Antonians not only know how to party but they also know how to throw one. Fiesta, the city’s well known annual festival, is just one of the many opportunity to socialize and meet others.
Home to Military City USA
San Antonio is home to 3 joint Air Force bases including one of four military training facilities, Lackland AFB. It housing the oldest VFW post and embraces the hundreds of military graduates. San Antonio is military friendly, highly patriotic, and welcoming to all new residents.
Devoted Fans
San Antonio fans unite for their hometown team, the San Antonio Spurs. The city is filled with an abundance of loyal Spurs fans and games at the AT&T Center are a great place sport your black and silver while meeting other locals.
There’s A Neighborhood For All
Even though San Antonio is the 7th largest city in the country, it still has a small town feel and is really like a bunch of small towns – Alamo Heights, Windcrest, Castle Hills. The housing market is still affordable, compared to other large cities, even with the record high occupancy rates. With all the growth in the multifamily market, leveraging the knowledge of an apartment locator is key to saving time and money in your apartment hunt.

When it comes to choosing a place to live San Antonio provides no shortage of places to rent. Moving can be a very stressful time, but with the help of our apartment locators it does not have to be a challenge. Our apartment finders are familiar with the city’s apartment inventory and can guide you through the entire search process. Give us a call, tweet, or message and let us help you with your move.