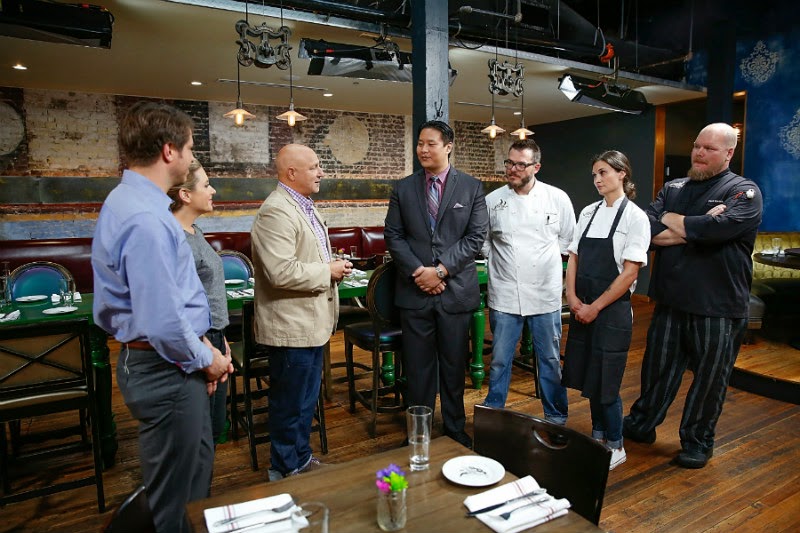 Austin restaurants are hitting the small screen in 2015.  The Food Network’s Best Ever series and Bravo’s Best New Restaurant are showcasing some of Austin’s most talented chefs.  The Austin Chronicle reports on what all the fuss is about.
Bufalina was featured on an episode of Food Network’s new show called Best Ever.  The episode focused on pizza and had nothing but glowing things to say about Bufalina’s Margherita pizza.  Franklin Barbecue was also featured in the Best Barbecue Ever episode of the show.  Best Ever airs on Mondays at 9pm.
Best New Restaurant on Bravo is another new show, this one based on a British series by Gordon Ramsay called Best Restaurants.  Restaurants from New York City, Los Angeles, Miami, and Austin will go head-to-head in pairs to see who gets to be crowned the national winner.
Swift’s Attic competed against the Federal in Miami in a shared plates challenge, Jezebel is up against Church Key from Los Angeles in a battle of service concepts, Barlata fights Miami’s R House in a challenge of restaurants opened by couples, and Porter Ale House will go against Miami’s Tongue and Cheek for best burgers.
The winner gets $100,000, an editorial feature in Bon Appetit, and a spot at the 2015 Vegas Uncork’d Festival. Best New Restaurant airs Wednesdays at 9pm on Bravo.
Fancy yourself a Top Chef and looking for an apartment with a gourmet kitchen where you can crown yourself the winner?  Give Austin Apartments Now a call today at 512-258-8224!