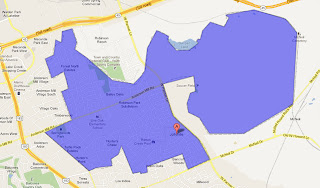 This month, we’ll be spotlighting the Jollyville neighborhood of Austin, Texas.  Jollyville is located north of Austin between 183 and Mopac/Loop one, just south of SH 45.  This community is popular for its proximity to Austin and great Round Rock Schools.
Henry Rhodes was the first resident in 1841.  He settled in the area thanks to a land grant from the Republic of Texas for 1,000 acres.  Jollyville was named for John G. Jolly who bought 160 acres in 1866.  Jolly and his family ran a blacksmith shop and a store.  The Jollys generously gifted land for a school and a cemetary to the city, but Jollyville continued to be sparsely populated.  In 1960, only twenty families lived there.  However, Jollyville eventually became a bustling suburban area as Austin grew and had 10,000 residents by 1980.
Looking for an apartment in Jollyville?  Apartments Now can help with our knowledge of vacancies, move-in specials and amenities at all the best apartments in the area.  Give us a call today at 512-258-8224.